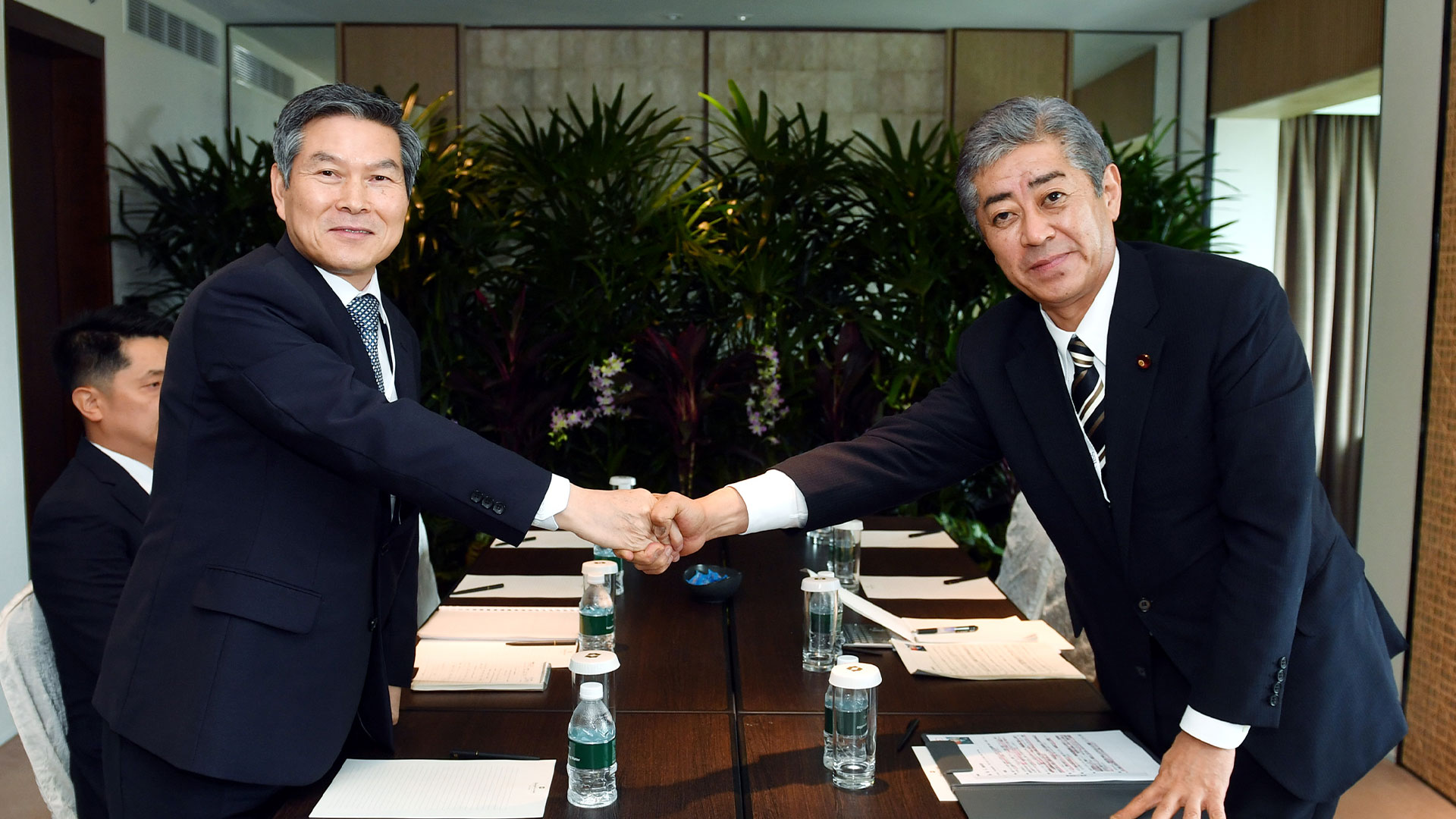 South Korea and Japan are reportedly making final arrangements for their defense ministers to hold talks in mid-November in Thailand as a bilateral military information sharing deal is set to expire on November 22.

Quoting a government source in Tokyo, Japan's Kyodo News reported on Monday that Japan is making final arrangements with South Korea to hold the talks on the sidelines of the annual ASEAN Defense Ministers' Meeting-Plus, which is set for November 16 to 19 in Bangkok.

A possible meeting between Defense Minister Jeong Kyeong-doo and his Japanese counterpart Taro Kono will come ahead of the expiration of the General Security of Military Information Agreement, or GSOMIA.

The meeting, if realized, will be the first between defense chiefs from Seoul and Tokyo since October last year.

Kyodo said that during the bilateral meeting, Kono will ask South Korea to retract its decision to scrap the military deal.
Share
Print
List