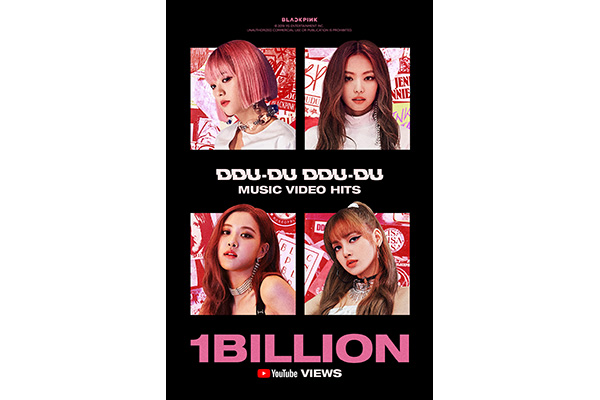 Blackpink has become the first K-pop group to garner one billion views on YouTube with their 2018 music video for the song "Ddu-Du Ddu-Du."

The group's agency, YG Entertainment, said on Monday that the music video surpassed the milestone in the afternoon, nearly 17 months after it was released last June.

The music video for "Ddu-Du Ddu-Du," from the mini-album "Square Up," surpassed ten million views on YouTube just six hours after its release. It reached 900 million views on July 30.
Share
Print
List