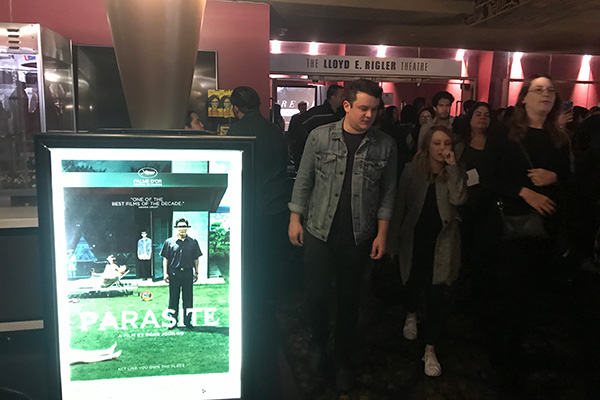 The award-winning film "Parasite" by South Korean director Bong Joon-ho has become the most commercially successful foreign language film in North America so far this year.

According to data from Box Office Mojo on Monday, the film garnered eleven-point-28 million dollars as of November ten, the most earned by a foreign language title in North America in 2019.

The earnings also surpass 2007's "Dragon Wars: D-War" as the most commercially successful Korean movie released in the U.S. and Canada.

The number of North American theater screens allotted for "Parasite" also increased to 603 over the weekend from 461 the previous week.
Share
Print
List