Rival Parties Agree to Pass over 100 Non-Contentious Bills on Nov. 19 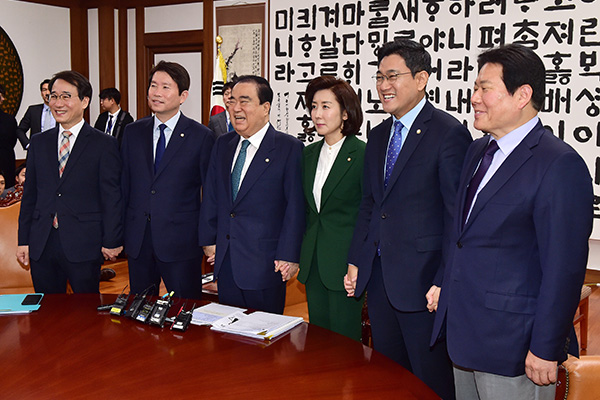 The agreement was made on Tuesday during a meeting of the floor leaders of the ruling Democratic Party, the main opposition Liberty Korea Party and the minor opposition Bareunmirae Party.

Under the agreement, the three parties will convene an afternoon session on Tuesday of next week and pass a total of 120 non-contentious bills.

The three sides also agreed to speed up deliberation on three bills designed to boost big data-related industries, raising expectations that the bills will also be put to a vote next Tuesday.