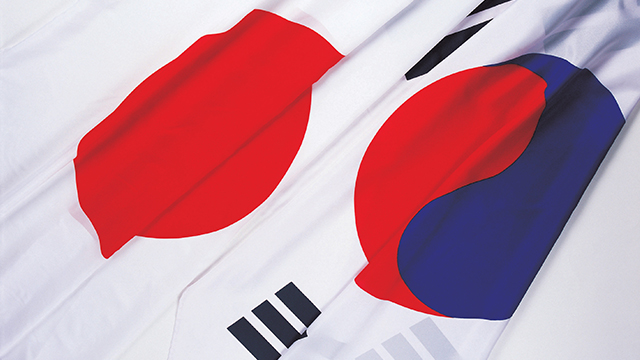 South Korea and Japan will hold an annual intelligence sharing meeting despite strained relations over trade and historical disputes.

The Unification Ministry said Tuesday that four officials, including the head of the ministry's Intelligence and Analysis Bureau, will visit Japan for three days in late November to hold the meeting with counterparts from the Japanese Foreign Ministry.

The Intelligence and Analysis Bureau collects, analyzes and assesses information regarding North Korea and its Japanese counterpart is likely to be the Asian and Oceanian Affairs Bureau in Tokyo.

The Unification Ministry has operated a program to establish a unification policy information network with the U.S., Japan and the European Union since the 1990s and has held information exchange meetings with Japan once a year as part of the program.

In the planned meeting, the two nations are expected to exchange information on the state of affairs in North Korea, including submarine-launched ballistic missiles, one of which was tested early last month.
Share
Print
List