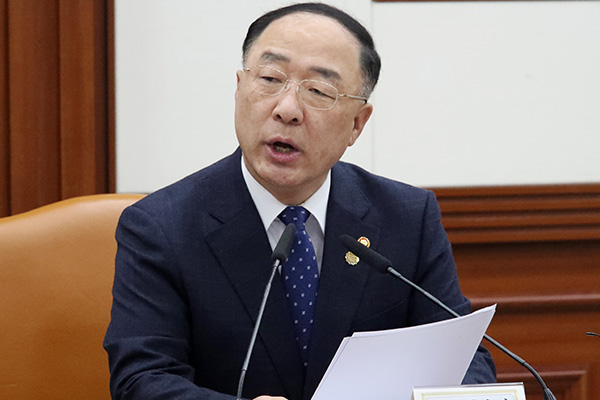 Finance Minister Hong Nam-ki said on Wednesday that employment data for October show a clear recovery trend in the job market but that the sluggish job gains in manufacturing and for those in their 40s is "regrettable."

The minister gave the assessment during a meeting of economy-related ministry heads at the government complex in Seoul.

Statistics Korea released data on Wednesday showing that the nation added 419-thousand jobs in October from a year earlier, creating more than 300-thousand jobs for the third consecutive month.

As for measures to cope with the rapidly aging population, the minister said the government will allow people aged 55 or higher to apply for reverse mortgages, a financial tool for home-owning seniors to get money every month against the value of their homes.

The minister said the government will lower the age limit to qualify for reverse mortgages to 55 from the current 60 to enhance the function of retirement pensions.
Share
Print
List