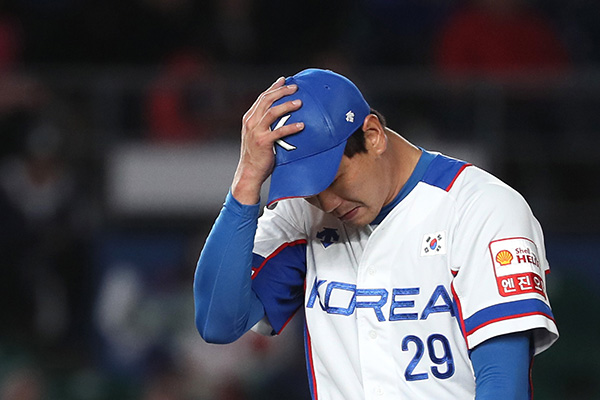 South Korea suffered a crushing 0-7 defeat against Chinese Taipei in the second Super Round game of the World Baseball Softball Confederation(WBSC) Premier12 tournament held in Chiba, Japan on Tuesday.

Tuesday’s loss brought the country's total Super Round score to two wins and one loss.

The latest defeat is cause for concern as the Premier12 serves as a qualifier for the 2020 Summer Olympics. The top finisher from the Asia-Oceania region and best team from the Americas will each secure a berth to compete in next year’s Olympic Games.

South Korea, Chinese Taipei and Australia are vying to emerge from the Asia-Oceania region. As Australia has already lost three times, South Korea must rank higher than Chinese Taipei in total runs scored in order to punch their ticket to the Olympics.

Chinese Taipei will now face the U.S. and Australia while South Korea will compete against Mexico on Friday and Japan on Saturday.
Share
Print
List