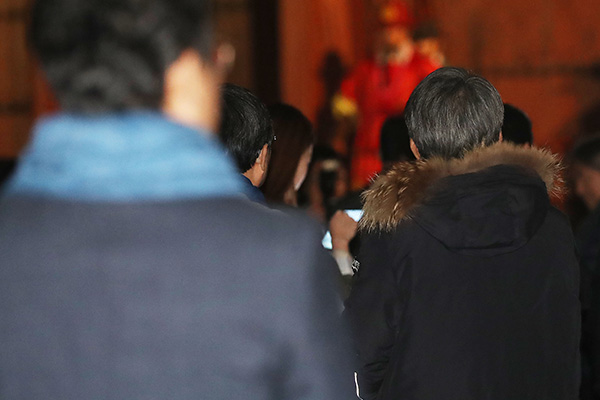 Cold weather advisories are expected for the Seoul metropolitan area and other parts of the nation late Wednesday night as temperatures are set to dip sharply.

The Korea Meteorological Administration announced it will issue the advisories from eleven p.m. for Seoul, Incheon, northern parts of Gyeonggi Province and western parts of Gangwon Province.

The move comes as morning lows on Thursday, the day the annual standardized college entrance exam is administered nationwide, are expected to drop by more than ten degrees compared to the previous day, and three degrees lower than previous years.

The weather agency forecast that morning lows will stand at minus six and minus four degrees Celsius in the Gangwon Province county and city of Cheorwon and Chuncheon, respectively.

The mercury will hit minus three Celsius in Seoul and one degree in Daejeon.

Due to the windchill factor, Thursday's afternoon highs will be about five to ten degrees lower than the previous day, peaking at five degrees Celsius in Seoul and Chuncheon, eight degrees in Daejeon and nine degrees in Gwangju and Daegu.

The weather agency said conditions are likely to ease up from around noon Friday.
Share
Print
List