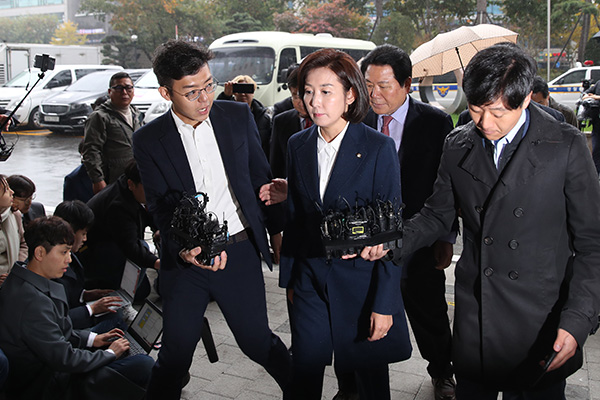 Arriving at the Seoul Southern District Prosecutors' Office on Wednesday, Na accused the ruling side of attempting to seize power through the passage of fast-tracked reform bills, including the establishment of an agency to probe corruption by high-ranking officials.

The floor leader said she and her party will protect the nation's liberal democracy and parliamentary democracy.

Physical altercations involving 109 lawmakers broke out in April in the midst of fast-tracking the reform bills by the ruling Democratic Party and minor opposition parties over fierce LKP objections.

After the scuffles, rival parties lodged complaints against one another. Na is the first out of 60 LKP representatives embroiled in the complaints to appear for questioning.
Share
Print
List