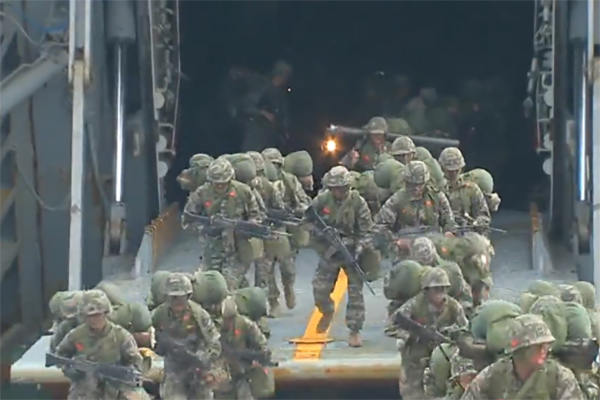 U.S. President Donald Trump reportedly suggested raising South Korea's share for the cost of maintaining U.S. troops in-country to five-billion dollars before being convinced by his officials to lower that down to four-point-seven billion.

According to the report, the aide said that U.S. officials were working to figure out how to justify the five-billion dollar figure, characterizing their reaction to be one of shock.

South Korea and the U.S. are scheduled to hold a third round of negotiations for the eleventh Special Measures Agreement in Seoul this month to determine Seoul's contribution to defense costs on the Korean Peninsula.

The U.S. has reportedly asked South Korea to pay nearly five-billion dollars annually, around five times more than what it pays now. The increase allegedly includes costs related to families of U.S. military personnel and the deployment of strategic assets.
Share
Print
List