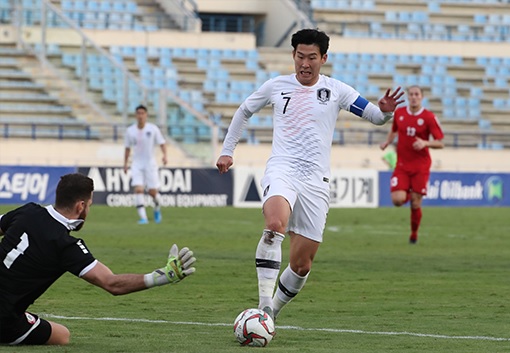 South Korea and Lebanon drew a scoreless tie on Thursday in a 2022 World Cup qualifying match in Beirut.

The men's national team match came in the fourth qualifying round for the Qatar World Cup and was played in front of no spectators.

It marked the second consecutive time that Team Korea played in an empty stadium, as there were no spectators allowed at a match against North Korea in Pyongyang last month.

Despite the 0-0 draw, South Korea continues to lead Group H with eight points, one point ahead of both Lebanon and North Korea.

Team Korea will now prepare for a friendly match against Brazil, set to be held next Tuesday at the United Arab Emirates.
Share
Print
List