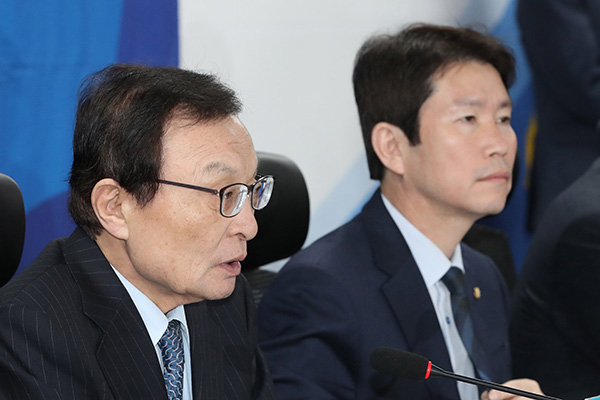 South Korean lawmakers have criticized Washington for demanding a sharp increase in Seoul’s share of defense cost for stationing U.S. troops in the country.

Representative Song Young-gil of the ruling Democratic Party issued a statement on Friday denouncing the move the U.S. that was signed by 47 lawmakers from both the ruling and opposition parties.

In the statement, the lawmakers argued the “Trump administration’s bluffing“ has crossed the line and called on Washington to offer sufficient grounds for the defense cost hike it's been pushing for.

They also claimed the U.S. is posing a “serious threat” to its ally by indicating that it will withdraw its troops from the country unless Seoul accepts a demand for a five-fold increase to its contributions.

Lawmakers from three minor opposition parties, including the Justice Party, and the Party for Democracy and Peace, also joined the DP in issuing the statement, while the main opposition Liberty Korea Party and the minor opposition Bareunmirae Party did not take part.
Share
Print
List