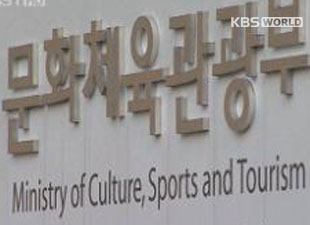 South Korea and Russia have signed an agreement to designate 2020 and 2021 as the "year of cultural exchanges" between the two nations.

The two nations came to sign the MOU to seek more extensive and active cultural exchanges as next year will mark the 30th anniversary of the establishment of bilateral diplomatic ties.

In the signing ceremony, Park said that it holds great significance that South Korea and Russia, each cultural powerhouses in Asia and Europe, agree to jointly seek cultural exchange programs for the next two years in diverse cultural areas. The Russian minister also said that the designation will make great contributions to developing bilateral relations.

In particular, Russia proposed South Korea host the annual "Russian Seasons" in 2021, which features tours of the top Russian artistic ensembles, exhibitions of the largest Russian museums, circus shows, premieres of Russian films and other projects in the hosting country throughout the year.
Share
Print
List