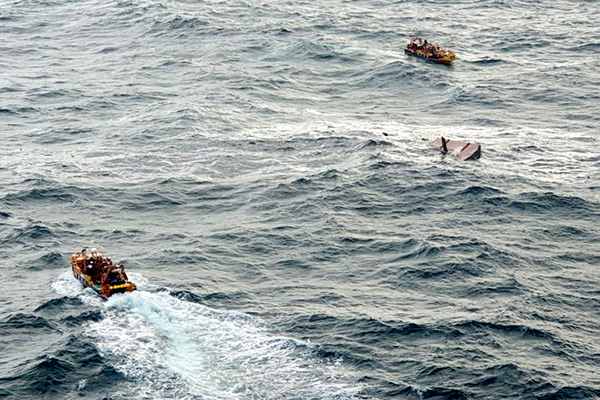 South Korean authorities are searching for eleven sailors missing after their fishing boat caught fire in waters west of Jeju Island. One of the dozen who initially went missing was found unconscious and pronounced dead later.

According to the Coast Guard on Tuesday, a fire was reported on a fishing boat about 76 kilometers west of Chagwi, an islet to the west of Jeju, around 7:09 a.m.

A Coast Guard helicopter arrived at the scene around 8:15 a.m. to find the upper part of the 29-ton vessel burnt to embers.

Rescue authorities along with private fishing boats are conducting search operations despite wind and wave advisories issued for the region.

Six South Koreans, including the skipper, and six Vietnamese were aboard the vessel. The sailor who died was identified as a 60-year-old Korean.
Share
Print
List