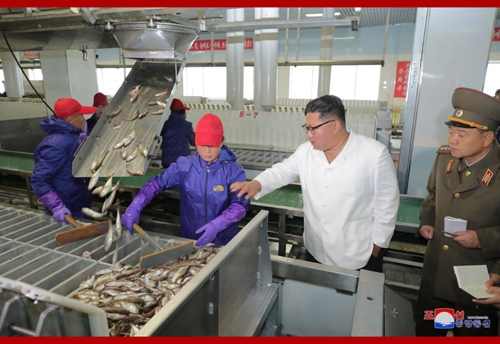 According to KCNA, Kim criticized politburo and military officials for failing to report sluggish progress in the construction of fish processing facilities, while lauding fishers and their families for their hard work.

In addition to instilling discipline in his officials, the visit and subsequent dissemination in state media may reflect Kim's desire for economic development.

The on-the-spot guidance at economy-related facilities is a departure from recent military-themed visits by the North Korean leader, who was pictured at an air show and an airborne landing training exercise in the last week.

Kim's fishery visit may also have been affected by the decision from South Korea and the U.S. to postpone a wintertime air exercise to help diplomacy with North Korea.
Share
Print
List