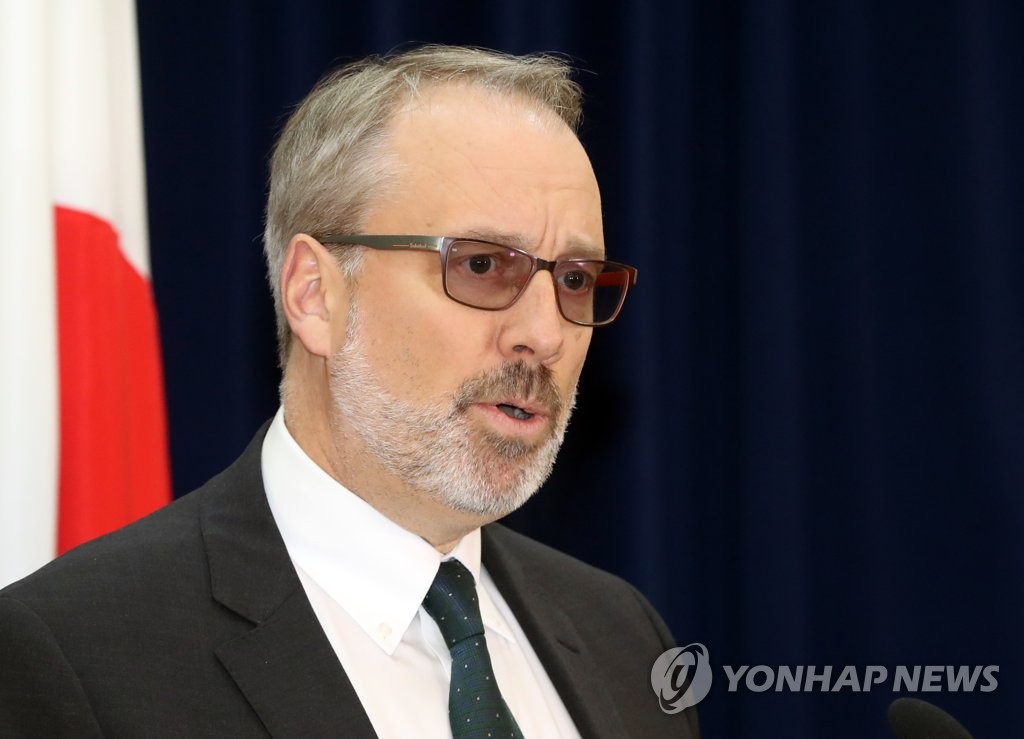 The U.S.’ chief delegate to talks with South Korea on renewing a cost-sharing deal for stationing U.S. troops on the Korean Peninsula says Seoul’s proposals were not responsive to the U.S. request for "fair and equitable burden sharing.”

James DeHart made the remark on Tuesday in a news briefing after wrapping up the third round of defense cost-sharing negotiations in Seoul. Tuesday’s meeting ended abruptly around an hour after the talks began at 10 a.m. The two-day talks began in Seoul on Monday and were initially scheduled to continue until 5 p.m. Tuesday.

DeHart said the U.S. delegation cut short Tuesday’s talks in order to give the Korean side some time to reconsider.

He said he hopes to put forward new proposals that would enable both sides to work towards a mutually acceptable agreement in the spirit of their “great alliance.” The chief delegate added that the U.S. looks forward to resuming negotiations "when the Korean side is ready to work on the basis of partnership on the basis of mutual trust."
Share
Print
List