Esper: S. Korea Can and Should Contribute More for Cost Sharing 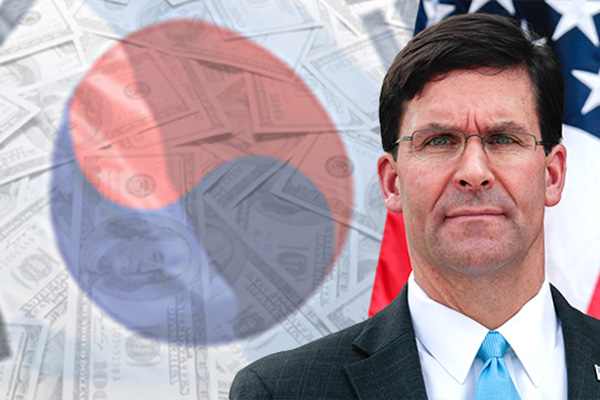 U.S. Secretary of Defense Mark Esper said that he believes South Korea “can and should” contribute more for cost-sharing regarding the upkeep of American troops on the Korean Peninsula, after defense cost talks between the two sides broke down.

Reuters news agency quoted Esper as saying on his way to the Philippines on Tuesday that “South Korea is a wealthy country."

When asked if he was willing to withdraw any U.S. forces if an agreement is not reached, Esper declined to say what Washington might do but added that the State Department was leading the negotiations with Seoul.

He noted that South Korea was a wealthy country but that he will leave it to the State Department to work out the specifics.
Share
Print
List