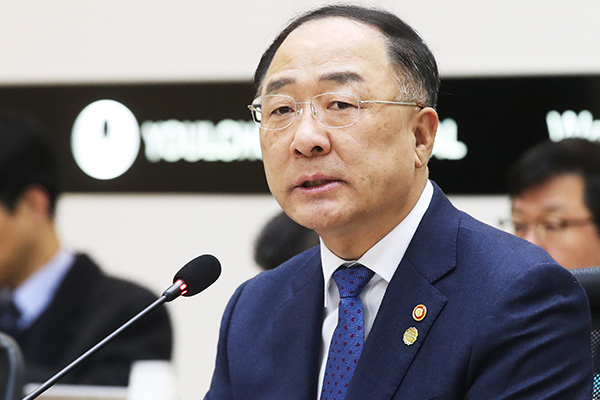 Seoul's top economic policymaker has urged Japan to retract its trade restrictions on South Korea. which were enforced this past summer in apparent retaliation against Supreme Court rulings on colonial-era grievances.

During a meeting with officials on Wednesday, Finance Minister Hong Nam-ki called on Tokyo to take steps to resolve the issue that has frayed bilateral ties.

He said the export curbs are not only causing damage for both countries but are weakening the global value chain.

On Seoul's response measures announced in August, the minister said there haven't been major issues related to local private sector production or the supply and demand of materials, parts and equipment.

Hong added the government will continue to make efforts to permanently stabilize local supplies of key parts even after the situation with Japan is resolved.
Share
Print
List