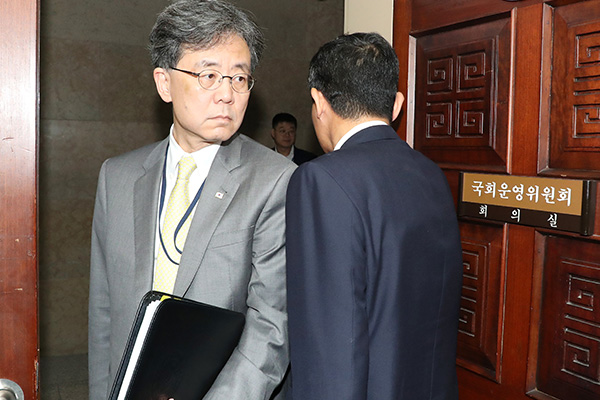 A senior presidential aide made an undisclosed visit to the United States this week ahead of the expiration of a military information sharing agreement between South Korea and Japan.

KBS has exclusively learned that Kim Hyun-chong, the deputy chief of South Korea's National Security Office, left for Washington on Monday and returned home on Wednesday. Kim met with officials from the White House.

With the General Security of Information Agreement expiring Friday, the top presidential aide is thought to have made last-ditch diplomatic efforts to explain Seoul's position that it cannot renew the pact without changes in Japan's trade restrictions against South Korea. He is also expected to have asked for intervention from Washington.

Kim is expected to report the results of his trip to President Moon Jae-in and share the details during a regular National Security Council meeting on Thursday.
Share
Print
List