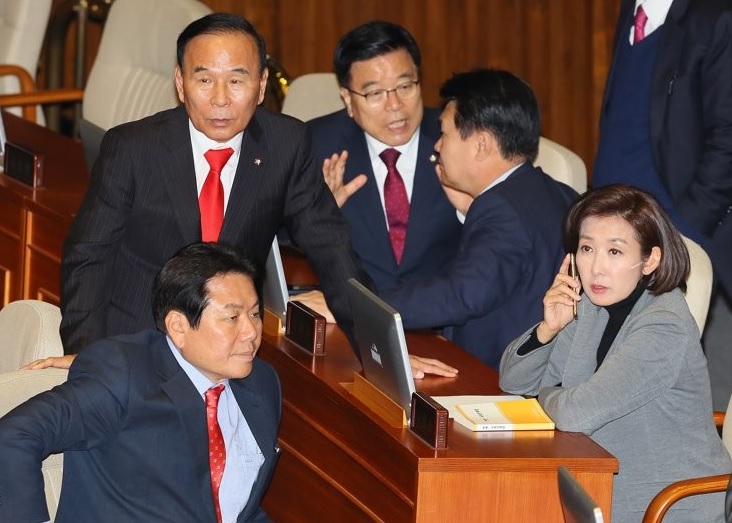 The main opposition Liberty Korea Party(LKP) says it will launch a filibuster to deter the liberal ruling bloc's push to refer key, contentious reform bills to a parliamentary vote.

The LKP requested the right to filibuster from the National Assembly during Friday's plenary session, which was scheduled to handle some 200 pending bills.

LKP Secretary General Park Maeng-woo said all of their lawmakers will take turns giving speeches for four hours, adding that his party plans to continue the filibuster until the end of the regular session on December tenth.

The party, however, said it will briefly suspend the action when bills on people's livelihoods are put to a vote.

The LKP is staunchly opposed to reform bills that were put on the fast track in late April, including the electoral reform bill on a mixed-member proportional representation system and legislation on prosecutorial reform that calls for a new agency to investigate corruption by high-ranking public officials.