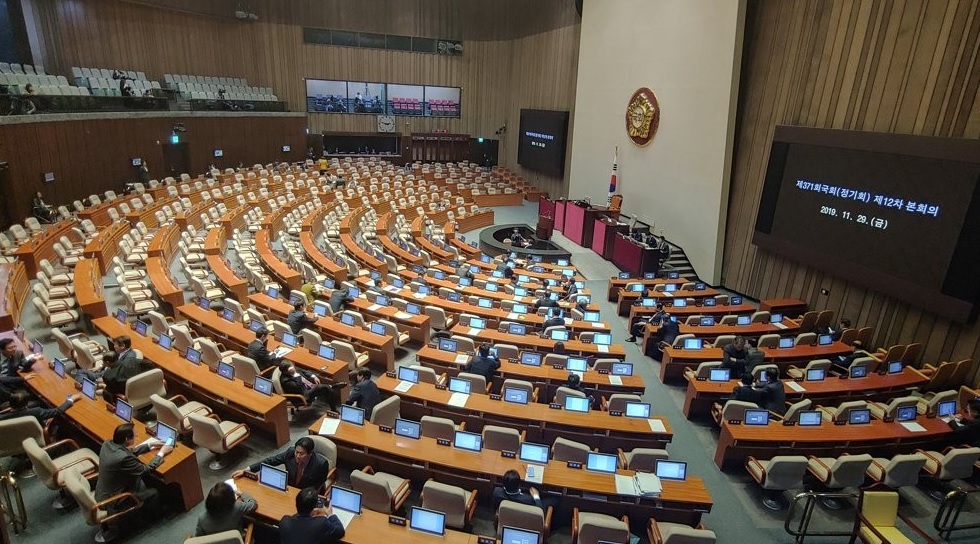 Anchor: Political wrangling over key, contentious reform bills has further intensified at the National Assembly. As the main opposition party revealed its plans to stage a filibuster ahead of a planned plenary session, the ruling party said it would rather not meet at all.
Kim Bum-soo has more.

The South Korean parliament was paralyzed on Friday as ruling and opposition parties failed to narrow their differences on fast-tracked revisions to the nation's election law and the creation of a new anti-corruption investigator.

The conservative main opposition camp revealed its filibuster plan hours after its leader Hwang Kyo-ahn announced he was ending his hunger strike against the contentious bills. On the eighth day of his fast Wednesday, Hwang lost consciousness and was sent to a hospital.

The LKP believes that its 108 lawmakers can now stage a relay of four-hour speeches to talk the bills to death until the last day of the current parliamentary session ending on December tenth.

However, the ruling Democratic Party and smaller opposition parties decided they would not even indulge the LKP and did not show up for the plenary session.

National Assembly Speaker Moon Hee-sang said the floor cannot be open with the LKP alone until a 148-lawmaker quorum is met.

The main opposition believes the proposed election bill will work to the advantage of the ruling Democratic Party and the minor Justice Party to gain more seats. The main opposition also argues that the envisioned investigative authority will be full of progressive lawyers working at the behest of the president.