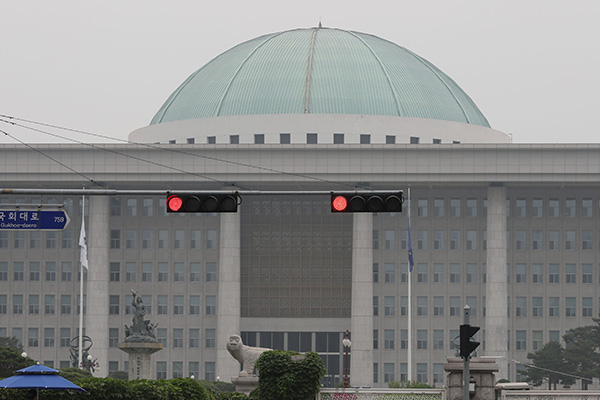 A set of controversial fast-tracked bills on criminal justice reform were added to the National Assembly's plenary session calendar on Tuesday amid partisan deadlock and threats of a filibuster from the main opposition.

The four bills are aimed at establishing a special investigative body to probe corruption allegations among high-ranking public officials and at expanding the independent investigative rights of the police.

Another controversial fast-tracked bill on election reform was added to the plenary session calendar last week.

National Assembly Speaker Moon Hee-sang, who said earlier that he would seek swift passage of the fast-tracked bills, can now put the bills to a vote at any time.
Share
Print
List