US Appears to be Strengthening Surveillance of Korean Peninsula 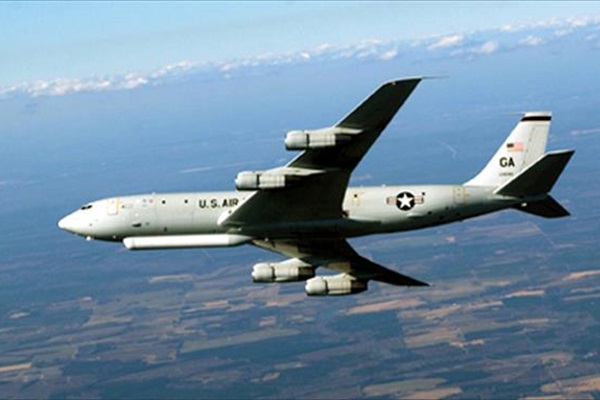 The U.S. appears to be ramping up surveillance of North Korea as the year-end deadline that Pyongyang had given Washington to show flexibility in their nuclear talks nears.

According to private aviation tracker Aircraft Spots on Tuesday, a U.S. reconnaissance aircraft believed to be an E-8C was spotted about nine kilometers above the Korean Peninsula.

The E-8C is believed to have been monitoring North Korea's front-line activities as the aircraft is capable of reconnoitering troop and equipment movement, including missiles and artillery guns.

The aircraft made a similar flight last Wednesday as well, and its most recent deployment comes a day after a U.S. RC-135W reconnaissance plane was spotted over the peninsula.