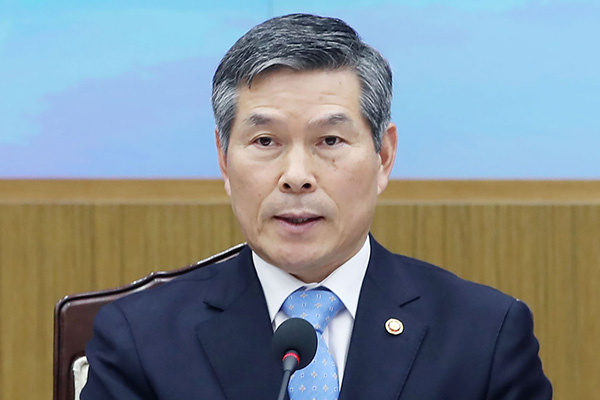 Defense Minister Jeong Kyeong-doo projects that South Korea and the United States will produce a win-win outcome in their defense cost-sharing talks, stressing the importance of the South Korea-U.S. alliance.

Jeong underscored Seoul's contribution to U.S. interests in the spirit of mutual benefits based on its strong economic and defense capabilities.

The minister then said that although there are some voices casting concern about the combined defense posture and the alliance, the strength of the alliance between Seoul and Washington has never been stronger.

He said that the allies will produce a win-win outcome in their defense cost-sharing talks based on mutual respect, adding that costs would be shared in a reasonable and equitable manner.
Share
Print
List