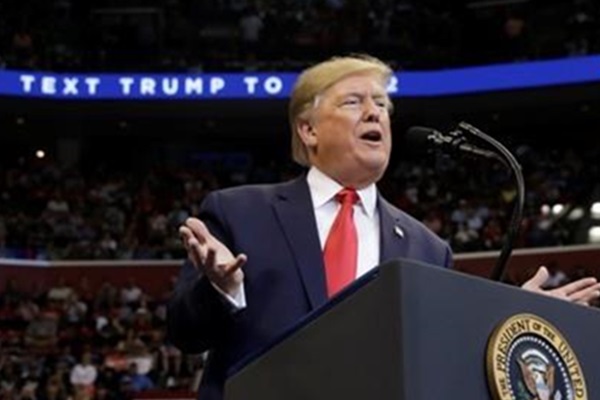 U.S. President Donald Trump has made clear that he will push for greater military burden-sharing from NATO.

Trump revealed the stance on Monday as he embarked for a two-day NATO gathering in London beginning the following day.

Trump said it has not been a fair situation for the U.S. because it paid “far too much.”

He claimed NATO Secretary General Jens Stoltenberg said the U.S. is responsible for getting over 130 billion extra dollars from countries that it protects but that were not paying.

The U.S. president added that such countries were delinquent and he’ll be talking about that matter in London.

Meanwhile, South Korea and the U.S. are set to hold negotiations in Washington on defense cost-sharing Tuesday and Wednesday.
Share
Print
List