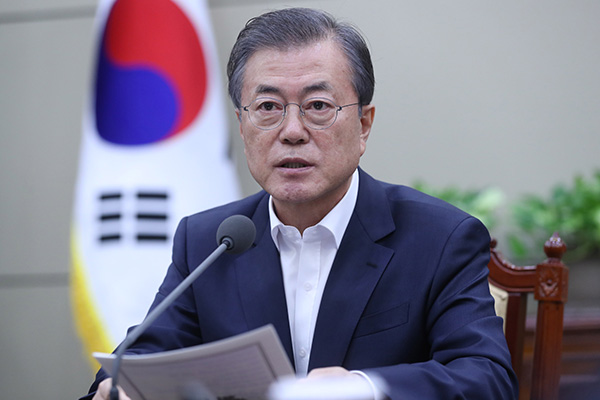 Moon made the call on Monday during a Cabinet meeting, saying fine dust is a key livelihood issue for the South Korean people.

He said legal support is needed to fully implement the fine dust seasonal management system that includes operation restrictions on grade five emissions vehicles in certain areas. Such a system was implemented from Sunday.

The president apparently meant to emphasize the National Assembly's role in improving air quality in addition to related government efforts.

Moon was apparently also denouncing the Assembly's failure to pass bills related to people's livelihoods due to partisan deadlock and a filibuster threat from the main opposition.