Ex-Pres. Park Returns to Detention Center After 78 Days in Hospital 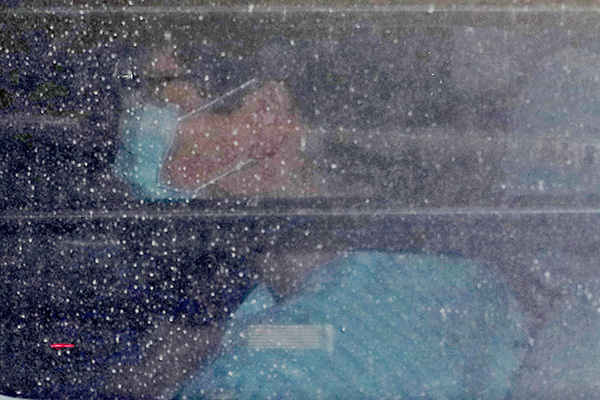 Former President Park Geun-hye returned to a detention center on Tuesday after being hospitalized for shoulder surgery for 78 days at St. Mary's Hospital in Seoul.

Park was serving time over a corruption scandal for which she was ousted from office.

She was returned to Seoul Detention Center in Gyeonggi Province on Tuesday afternoon. The Justice Ministry said it considered the opinion of the attending doctors in the decision.

Supporters of the 67-year-old former leader gathered at the hospital parking lot to cheer her on.

The Justice Ministry allowed Park to check into the hospital in September for her shoulder treatment.

Her stay at the hospital lasted well over two months, however, stirring controversy over preferential treatment.

Park is serving a total of 32 years in prison for bribery, abuse of power, election law violations and other charges.