Trump: US Will Use Military Force if Necessary against N. Korea 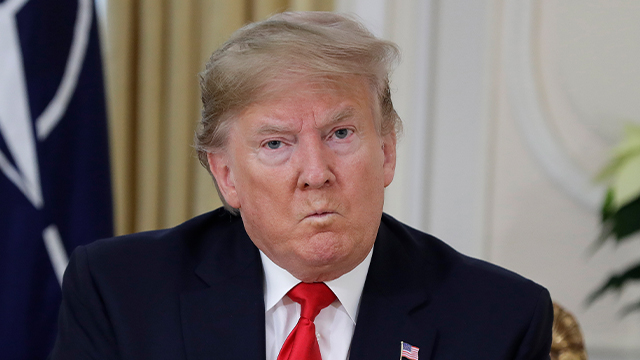 U.S. President Donald Trump on Tuesday warned that the United States may use military force if necessary against North Korea, urging the regime to fulfill its commitment to denuclearization.

Trump, who is in Britain to attend a NATO summit, made the remarks during a news conference at the U.S. Embassy in London.

The U.S. president reiterated that he maintains a positive relationship with North Korean leader Kim Jong-un and delivered the oft-repeated claim that there would be a war with North Korea if Trump weren't president.

Trump also said that the U.S. has the most powerful military it has ever had and if it has to use its military force, it will use it, urging the North Korean leader to fulfill the agreement reached in last year's summit with him.

[Sound bite: U.S. President Donald Trump]
"You know my relationship with Kim Jong-un is really good but that doesn't mean he won't abide by the agreement we signed. You have to understand, you have to go look at the first agreement that we signed. It said he will denuclearize. That's what it said. I hope he lives up to the agreement but we're going to find out."

Regarding ongoing defense cost-sharing talks between the U.S. and South Korea, Trump said the U.S. is paying a lot of money to protect South Korea and that be believes it is fair for Seoul to "pay up and pay more."