Trump Says it is Debatable whether US Troops in S. Korea Serve Nat'l Interest 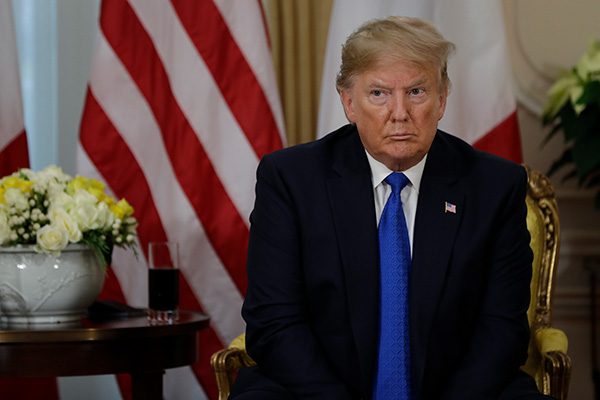 U.S. President Donald Trump said on Tuesday that it is up for debate whether keeping American troops stationed in South Korea is in the U.S.' national security interest.

Trump made the remarks to reporters before a meeting with the head of NATO in London.

Asked if it was in his country's national security interest to have U.S. forces stationed on the Korean Peninsula, Trump said it "can be debated" and that he can go "either way and make arguments both ways."

Trump added that if U.S. troops are going to be stationed in South Korea, Seoul should shoulder a fairer burden. He also claimed that he was able to extract an additional 500 million dollars from South Korea last year for U.S. "protection," adding the United States now wants additional commitments.

Trump's remarks came as the allies launched a fourth round of defense cost negotiations in Washington on Tuesday.