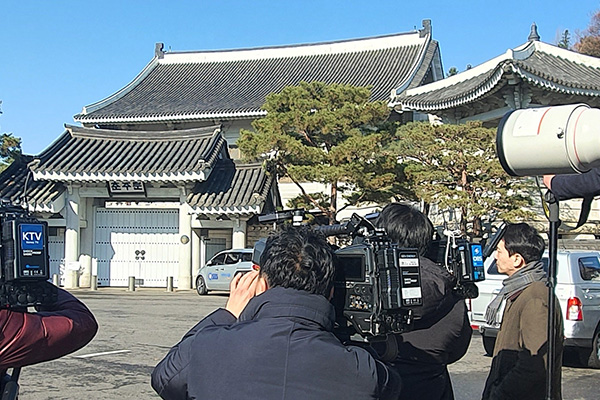 Prosecutors raided the presidential office on Wednesday as part of a widening probe into alleged improper intervention of an inspection.

The Seoul Eastern District Prosecutors' Office said on Wednesday that it launched the raid at 11:30 a.m. after securing a warrant from a local court.

Prosecutors said the raid is related to allegations the top office improperly interfered with a probe into bribery allegations against former Busan Vice Mayor Yoo Jae-soo.

The allegations stem from Yoo's time at the Financial Services Commission. As the inspection was cut short, Yoo avoided punishment and served as Busan's vice mayor for economic affairs from last July until recently.