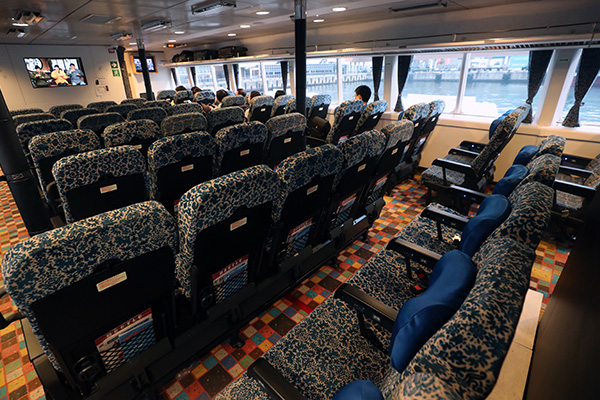 The number of South Korean travelers visiting Japan by sea has plummeted amid an ongoing consumer boycott of Japanese goods and services.

According to Busan government data released Wednesday, 31-thousand-375 traveled by sea to Japan in November, a whopping 91 percent on-year decline.

The figure is also 35 percent lower than the number of such travelers in July, the same month that Tokyo introduced export curbs on South Korea and triggered the consumer boycott.

The Japanese island of Tsushima alone saw a 95-point-three percent plunge in Korean visitors departing from the port in Busan.

As a result, five out of six ferry operators have decided to suspend service to the island from mid-December, leaving only one Japanese company to serve travelers.
Share
Print
List