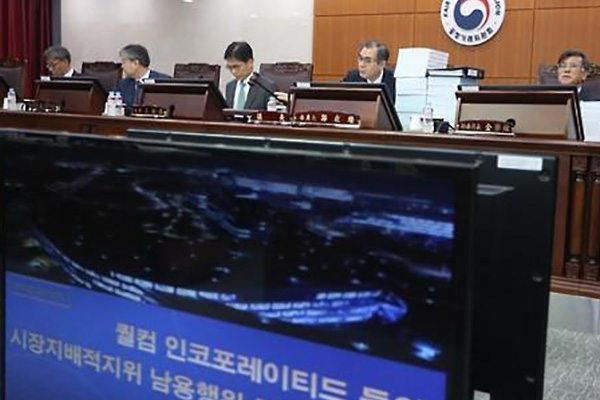 The Seoul High Court on Wednesday upheld a one trillion won fine against U.S. chipmaker Qualcomm levied by the Fair Trade Commission(FTC).

Qualcomm had filed an appeal against the FTC after the antitrust agency fined the firm one-point-03 trillion won, or some 850 million U.S. dollars, for unfair business practices back in December 2016.

The commission accused Qualcomm of expanding its dominance in the market by refusing to license certain standard essential patents, or SEPs, to rival chipmakers for several years.

The FTC also ordered the California-based company to take corrective measures, including providing SEPs to chipset manufacturers without discrimination.

Qualcomm, though it already paid the fine, is likely to appeal the latest ruling and take the case to the Supreme Court.
Share
Print
List