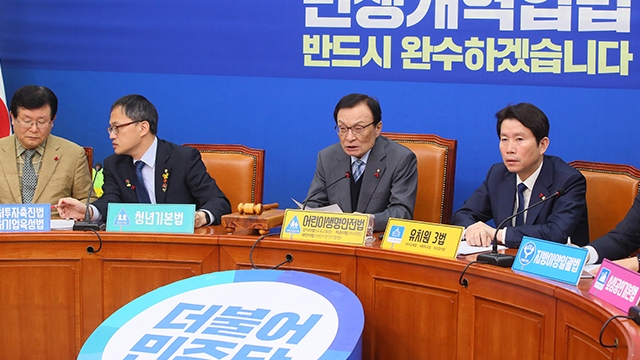 The decision comes after the LKP dismissed calls from the ruling Democratic Party(DP) to rescind the filibuster the LKP has threatened to use in order to block the fast-tracked bills from being passed.

Minor opposition Bareunmirae Party lawmaker Kim Kwan-young, who will represent his party in the negotiations, said the parties will have to proceed with the bills should the LKP fail to address the issue with a "forward-looking attitude."

The LKP, for its part, has reaffirmed its intent to block passage of the bills with a filibuster.
Share
Print
List