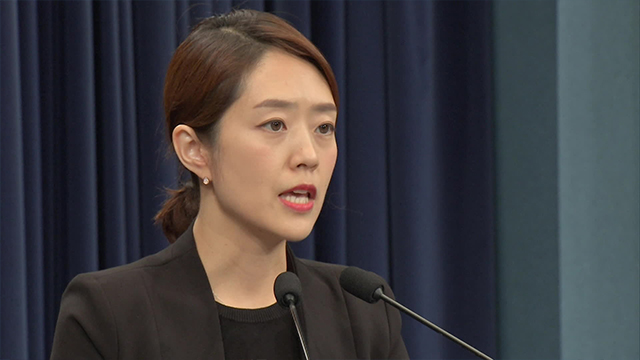 Presidential spokesperson Ko Min-jung said on Wednesday that the office of the senior presidential civil affairs secretary recently conducted an internal probe into how tips related to the case were gathered and transferred to the National Police Agency(NPA).

The probe found that an administrative official at the top office, not a member of the special inspection team, initially summarized tips he had received from the outside through social media in October 2017.

The official then summarized the information in a document that was later reported to then-presidential secretary for civil affairs Baek Won-woo.

The spokesperson said the document is believed to have been sent to the office of the presidential anti-corruption secretary before being transferred to the NPA.

The spokesperson also dismissed allegations that an investigator involved in the controversy found dead earlier this week took part in the document filing.

Prosecutors reportedly have evidence that a police investigation into Kim ahead of last year's local elections may have been influenced by the top office. Kim lost the election to a close confidant of President Moon Jae-in.
Share
Print
List