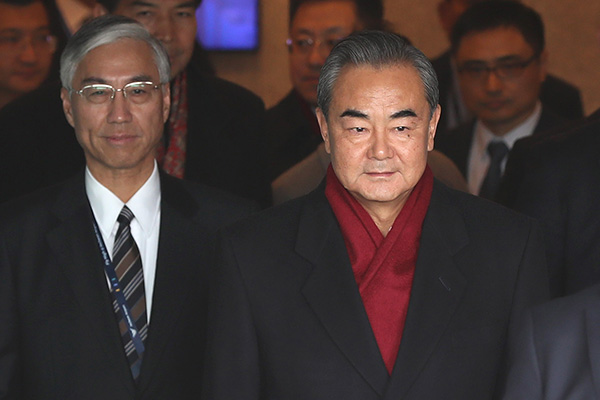 At the bilateral talks Wednesday afternoon, the two top diplomats are expected to discuss the agenda for an upcoming Seoul-Beijing-Tokyo summit in China later this month, a potential visit to South Korea by Chinese President Xi Jinping and the North Korea nuclear issue.

Wang may request that South Korea not host U.S. intermediate-range missiles. Washington has been exploring such possibilities after withdrawing from a Cold War-era arms control pact with Russia in February.

This is Wang's first trip to Seoul in nearly five years. He last visited in March 2015 to attend a foreign ministers' meeting between South Korea, China and Japan.