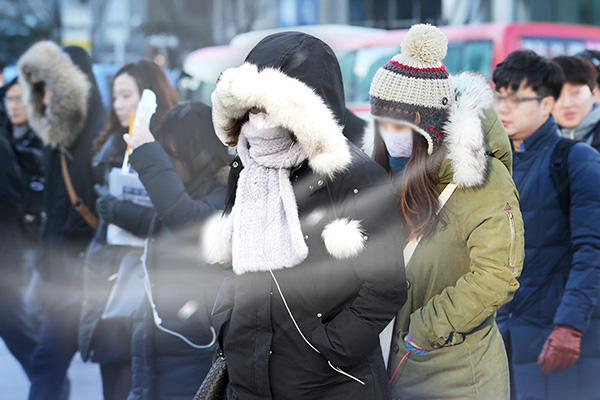 The coldest day of the season so far will hit South Korea on Thursday.

The Korea Meteorological Administration(KMA) said that a cold and dry high pressure system from northern China was moving southeast and will affect South Korea until Friday.

It added that morning lows in most parts of the nation will drop below zero on Thursday and remain below freezing even in the afternoon.

In Seoul, the mercury will hover at minus five Celsius degrees in the morning with the wind chill temperature falling to minus eight degrees.

The KMA plans to issue a cold wave advisory in some areas of Gyeonggi Province, including Yeoncheon, Pocheon and Yangju, as well as the northern and central regions of Gangwon from 10 p.m. on Wednesday.

There is a possibility that the cold wave advisory will remain in place on Friday.
Share
Print
List