CNN: N. Korea May Be Preparing to Resume Testing at Tongchang-ri 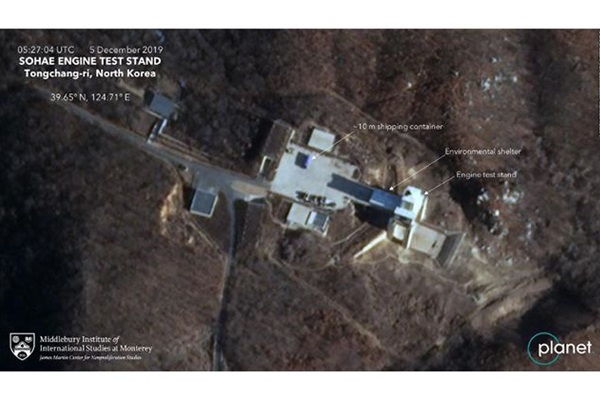 According to CNN on Thursday, a photo captured by Planet Labs shows new activity at the North's Sohae Satellite Launching Station, as well as a large shipping container at the facility's engine test stand.

Jeffrey Lewis, director of the East Asia Nonproliferation Program at the Middlebury Institute, said the presence of the shipping container suggests Pyongyang may be moving to resume testing of engines used to power satellite launchers and intercontinental ballistic missiles.

The CNN report said the Pentagon and CIA did not immediately offer comment on the image.

Referring to Pyongyang's year-end deadline for Washington to exercise more flexibility in their denuclearization negotiations, CNN said the timing of the renewed activity at Sohae sends a clear message to Trump.

Earlier this week, a North Korean Foreign Ministry official said Pyongyang was preparing a "Christmas gift" for Washington, while warning the present the Trump administration receives depends on events in the coming days.
Share
Print
List