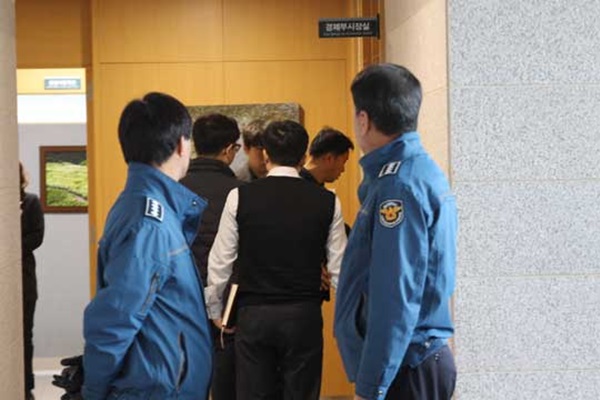 The Seoul Central District Prosecutors' Office is questioning the vice mayor and also sent investigators to search his office, home and car for evidence.

Song publicly claimed the previous day that during a phone call he had with an official at the presidential office in late 2017, he brought up what he described as widely spread rumors and media reports on alleged irregularities by aides of then Ulsan Mayor Kim Gi-hyeon.

He strongly denied mentioning the information in an attempt to influence the city's mayoral election the next year.

Prosecutors on Thursday interrogated the former presidential official, who now works at the prime minister's office.

There are suspicions that after receiving the tip, the top office ordered the police to investigate Kim's aides in the run-up to the election.

Prosecutors cleared them of all suspicions, but not until Kim lost the election to Song Cheol-ho, a close friend of President Moon Jae-in's.
Share
Print
List