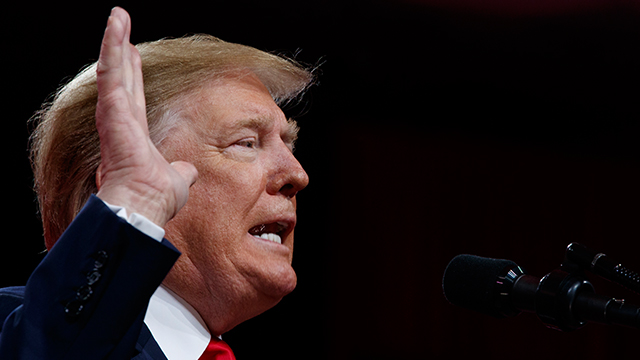 During the meeting on Thursday, Trump called on the ambassadors to work together on a range of global challenges including the denuclearization of the Korean Peninsula and peace talks in Afghanistan.

The U.S. president is believed to have stressed international cooperation by reaffirming commitment to a nuclear free Korean Peninsula amid rising tensions with North Korea ahead of the year-end deadline set by Pyongyang.

During the working lunch, Germany's Ambassador to the UN Christoph Heusgen said that his nation is chairing the Sanctions Committee on North Korea and that it believes the UN plays a very important role in keeping the sanctions on the North in place.

Germany, the UK and France issued a resolution denouncing North Korea's ballistic missile launches including the testing of a submarine-launched ballistic missile in October, but the U.S. did not take part.
Share
Print
List