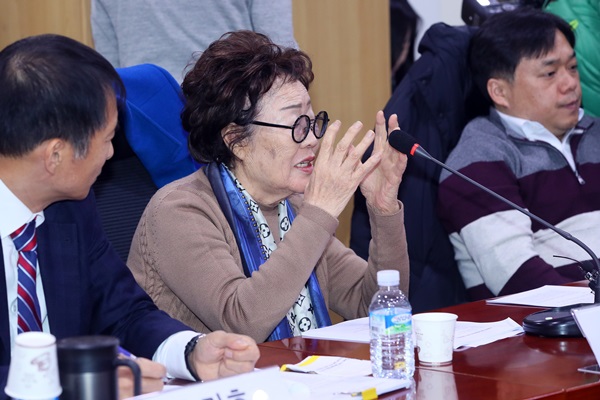 An elderly South Korean victim of Japan's wartime sexual slavery has spoken out against a compensation plan for victims proposed by National Assembly speaker Moon Hee-sang.

In a related policy forum held in parliament on Friday, 92-year-old Lee Yong-soo called the plan unacceptable and preposterous.

She said that at any rate, she needs to receive an apology from Japan and restore her dignity.

The speaker's bill dubbed the "one-plus-one-plus-alpha" involves building a fund with contributions from companies and citizens of both Korea and Japan for the compensation of sex slave victims.

Civic groups in Korea have criticized the idea as diminishing the rights of victims and exempting Japan from its responsibility to apologize and provide reparations.
Share
Print
List