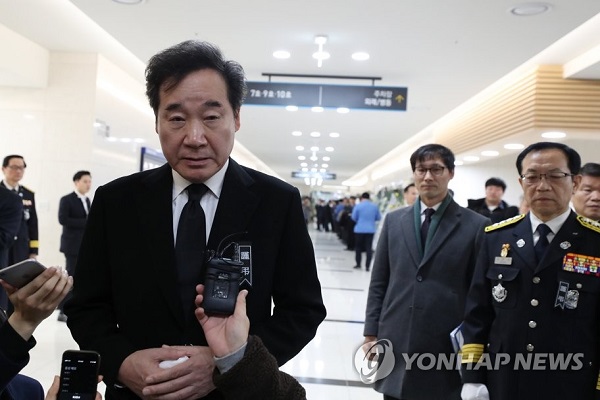 Prime Minister Lee Nak-yon on Saturday visited the funeral home for firefighters who died in a helicopter crash near the Dokdo islets in the East Sea.

Making his third visit to Daegu since the crash on October 31st, Lee said the dedication of the victims will be remembered and vowed to build a safer nation.

The prime minister paid respects at a joint altar for the chopper crash victims prepared at Keimyung University Daegu Dongsan Hospital and also offered condolences to each of the bereaved families.

Speaking to reporters later, Lee said the firefighters risk their lives to rescue people from danger and that the men lost theirs while on public duty. He added that those remain living must not make their heroic deaths go in vain.

A rescue helicopter carrying seven individuals including five fire officials and a patient went down near the Dokdo islets just after takeoff.