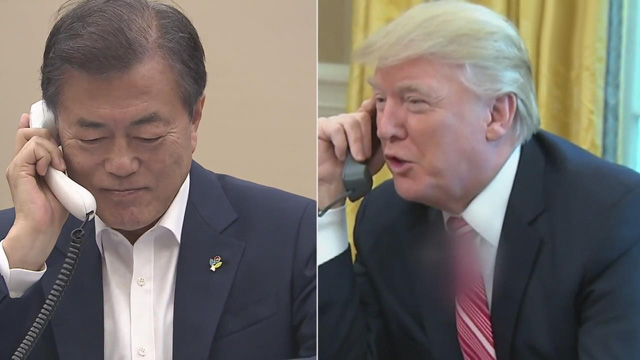 Presidential spokesperson Ko Min-jung said during a briefing that Moon spoke on the phone with Trump for 30 minutes from 11 a.m.

The phone call was requested by the U.S. president.

Spokeswoman Ko said the two leaders agreed on the view that recent conditions on the Korean Peninsula are serious and the dialogue momentum should be maintained to achieve swift results in nuclear negotiations between North Korea and the U.S.

She said they also agreed to have phone conversations whenever necessary.

Saturday's phone call is the 22nd time between the two leaders since Moon took office and comes about seven months since the last call held in early May.