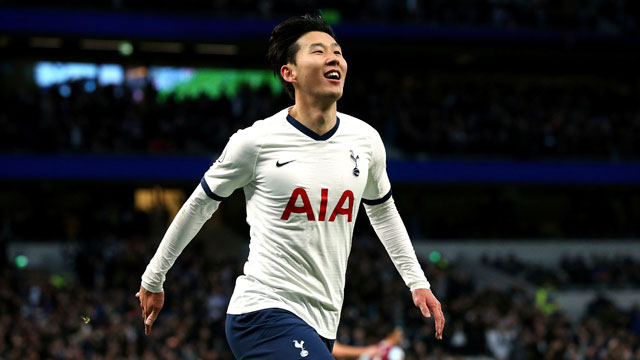 South Korean forward Son Heung-min of the Premier League's Tottenham Hotspur scored his tenth goal of the season on Saturday.

Son scored a goal at the 32nd minute when his team was leading 2-0 against Burnley in London.

Son picked up the ball on the edge of the Spurs' penalty area before sprinting some 70 meters and slotting in to give the Spurs a 3-0 half-time lead. Tottenham won the game 5-0.

With the stunning solo goal lauded as "unbelievable" or one of the "greatest" goals by the media covering the game, Son has scored ten goals so far this season, scoring at least ten goals for the fourth consecutive season since the 2016 and 2017 season.
Share
Print
List