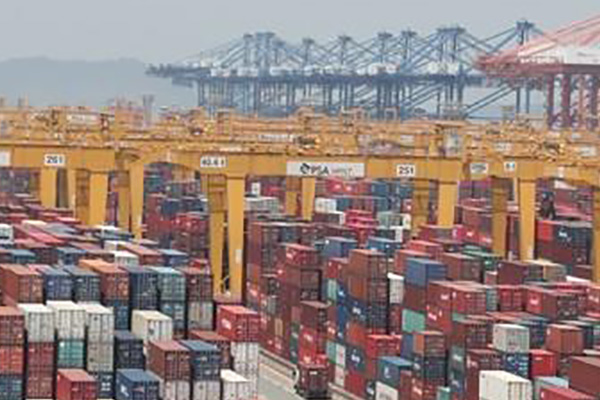 South Korea is likely to see the largest drop in exports this year since the global financial crisis, amid a slump in the chip market and global trade.

According to the Bank of Korea on Sunday, the value of South Korean goods exports is expected to plunge ten-point-two percent on-year in 2019 on a customs clearance basis, the biggest drop since 2009 when the country suffered a 13-point-nine percent decline.

The reduced global trade volume and a slump in the semiconductor market are attributed to the slowed South Korean exports this year.

Global trade is expected to grow around one percent this year amid the United States-China dispute, compared to three-point-six percent growth posted last year.

According to the World Semiconductor Trade Statistics, overall chip sales are also projected to decline 12-point-eight percent this year from a year earlier due to lower demand and a decline in semiconductor prices.
Share
Print
List