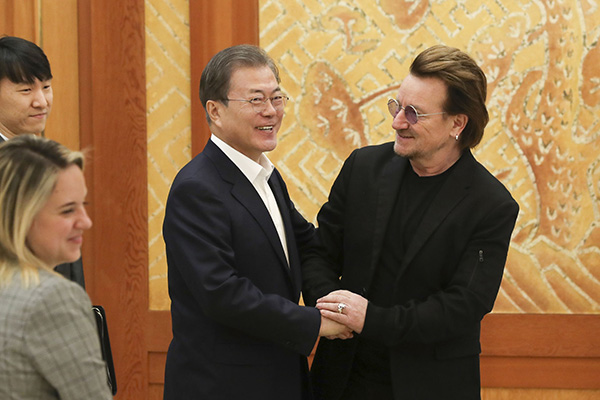 He made the remark Monday during a meeting with Bono, the lead vocalist of Grammy-winning Irish rock band U2.

The president welcomed the singer to the top office and thanked him for delivering a special message of hope for lasting peace on the peninsula during the band's first-ever performance in South Korea the night before.

He also praised Bono for his longtime campaign in the global fight against poverty, disease and inequality.

Moon emphasized the role of culture and arts on a path toward peace, to which Bono replied, "Music is powerful."
Share
Print
List