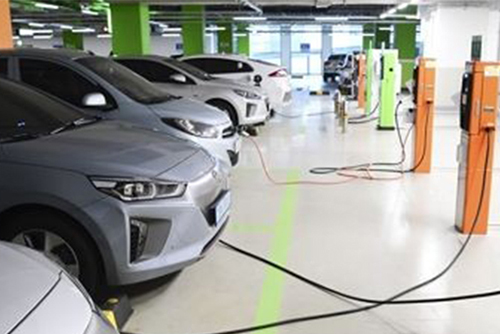 Suwon City said on Monday that it has built a large-sized infrastructure for charging nearly 100 electric buses simultaneously.

Built on around three-thousand-400 square meters of land in the northern part of the Gyeonggi Province city, the charging station is equipped with 48 dispensers.

Each dispenser can fully charge two electric buses with a 200-kilowatt per hour battery in 70 minutes.

Three dozens of electric buses began operation in the city in October in a partnership between a bus operator and the municipal government.