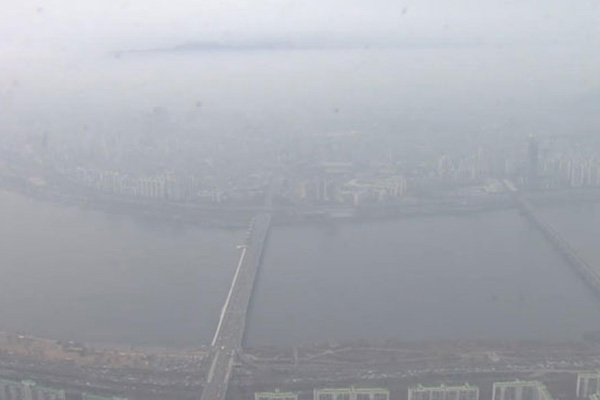 Emergency fine dust reduction measures are being enforced for the first time this season in the Seoul capital region and North Chuncheong Province on Tuesday as air pollution reached alarmingly high levels.

The Environment Ministry said it issued fine dust advisories for the regions from 6 a.m. to 9 p.m. Tuesday, and relevant local governments will enforce a series of fine dust reduction measures.

Under such measures, grade five emissions vehicles, the most polluting vehicles according to the government's five-tier system, will be banned from operation in Seoul and the surrounding area.

Public sector vehicles and those operated by public sector workers will also be subject to an alternating driving ban.

Private and public facilities that emit air pollutants have to adjust operations, while construction sites are also required to reduce or adjust their operations and take steps to curb dust emissions.
Share
Print
List