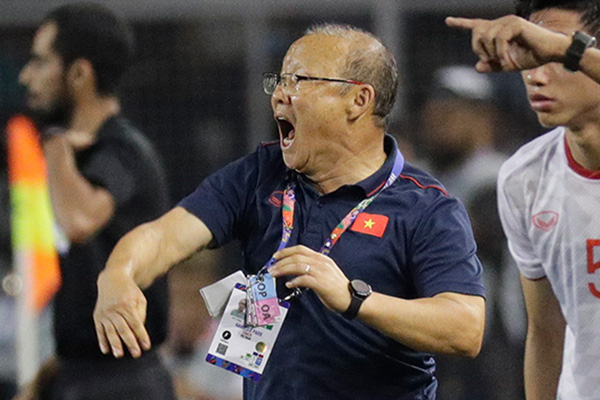 Vietnam's U-22 football team has won a gold medal at the Southeast Asian Games.

Led by South Korean coach Park Hang-seo, the Golden Dragons defeated Indonesia three to nothing in the final at Rizal Memorial Stadium in Manila on Tuesday evening.

Defender Doan Van Hau scored once in each half and captain Do Hung Dung added another goal in the second half.

The victory marked the first time Vietnam has won the Southeast Asian Games football championship since 1959.

Coach Park, however, was forced to watch the victory from the stands after being ejected late in the game for protesting an officiating call.

Nonetheless, fans were ecstatic with the win, hailing the South Korean coach as a national hero as he has led Vietnamese soccer to historic heights since taking over head coaching duties in late 2017.

Park renewed his contract last month and figures to continue his success in Vietnam. The team will look to punch their ticket to the 2020 Summer Olympics at next month's AFC U-23 tournament.
Park Jong-hong, KBS World Radio News.
Share
Print
List