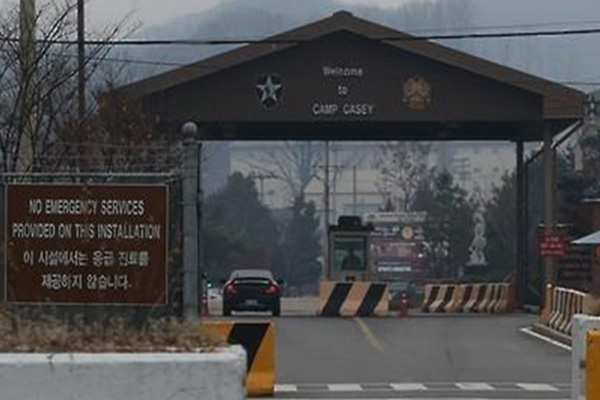 The United States has returned to South Korea four of its military bases in the country, ending a years-long delay over differences on which side should cover the cost of decontamination and clean-up of the sites.

The agreement was made Wednesday at the allies' 200th Status of Forces Agreement(SOFA) Joint Committee meeting at Camp Humphreys in Pyeongtaek, south of Seoul. The decision was made on the condition they continue consultations on the decontamination process and expenses.

The return of Camps Eagle and Long in Wonju, parcels of Camp Market in Bupyeong and the Shea Range parcel at Camp Hovey in Dongducheon, began in 2010 and 2011.

The handover was delayed as Seoul called for Washington to pay for decontamination procedures, while Washington denied responsibility.

Seoul agreed to the immediate return of the bases amid growing environmental and urban development-related concerns in surrounding regions.

The South Korean government will initially cover decontamination costs, estimated at around 110 billion won, before seeking remuneration from the U.S.

The allies also agreed to launch the long-awaited return process for the Yongsan Garrison in central Seoul, once home to the headquarters of U.S. Forces Korea(USFK).
Share
Print
List