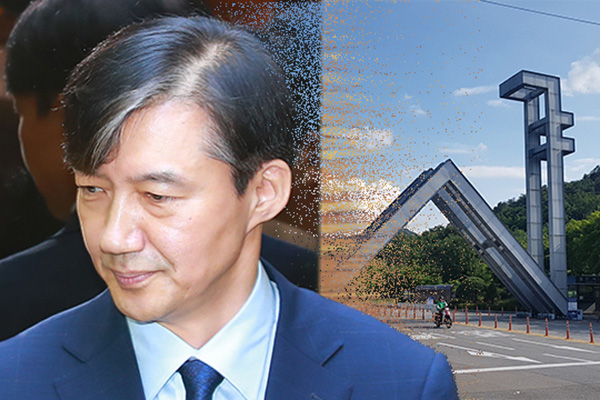 According to Representative Kwak Sang-do of the main opposition Liberty Korea Party on Thursday, the SNU committee on research integrity opened an official investigation into Cho’s three papers on Wednesday last week following a preliminary investigation.

During a parliamentary audit session in August, Kwak claimed many sentences in the SNU law professor’s doctoral dissertation were lifted straight from papers published by Oxford and Indiana university professors.

The college is also looking into his master thesis following a similar plagiarism claim by a local civic group. The other paper under the school’s internal probe was published in a local academic law journal in 2011.